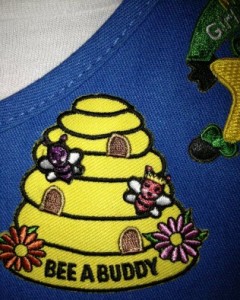 Recruiting Daisies for Our New Troop Guest post from Staci Jansma At the beginning, the first meeting we had planned was recruitment night. We were a young, new daisy troop. So far we had my daughter as a Girl Scout member when school began just about a year ago. We utilized the Bee a Buddy … END_OF_DOCUMENT_TOKEN_TO_BE_REPLACED

submitted by Laura Nealon This is a great event for older girls to run.  The older girls in our Service Unit run so many events that we made a decision to let them just be participants.  We had 5 adult volunteers at the event but could have used more. We charged $5 per girl.  This allowed us … END_OF_DOCUMENT_TOKEN_TO_BE_REPLACED 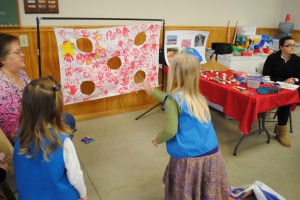 World Thinking Day with a Carnival

This past year at my Service Unit's World Thinking Day event we decided to do the event a little different. Rather than each group just creating a display for their country, we asked each group to come up with a carnival game, and SWAP from their country. The girls each received a passport and … END_OF_DOCUMENT_TOKEN_TO_BE_REPLACED 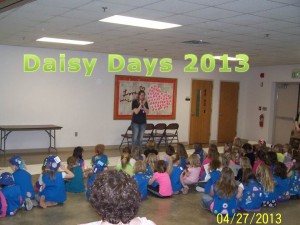 Host Your Own Daisy Days Event

Submitted by Staci Jansma When I first became a leader I was so overwhelmed with these events, get this training done, thoughts of how was this going to work, how can you start a brand new Girl Scout troop!?! Where Do You Start and What is a Daisy Day Event? I’m sure you have felt that way … END_OF_DOCUMENT_TOKEN_TO_BE_REPLACED