Scout Camping… How much fun can you have in a weekend?

Home » Cadette » Badges » Scout Camping… How much fun can you have in a weekend? 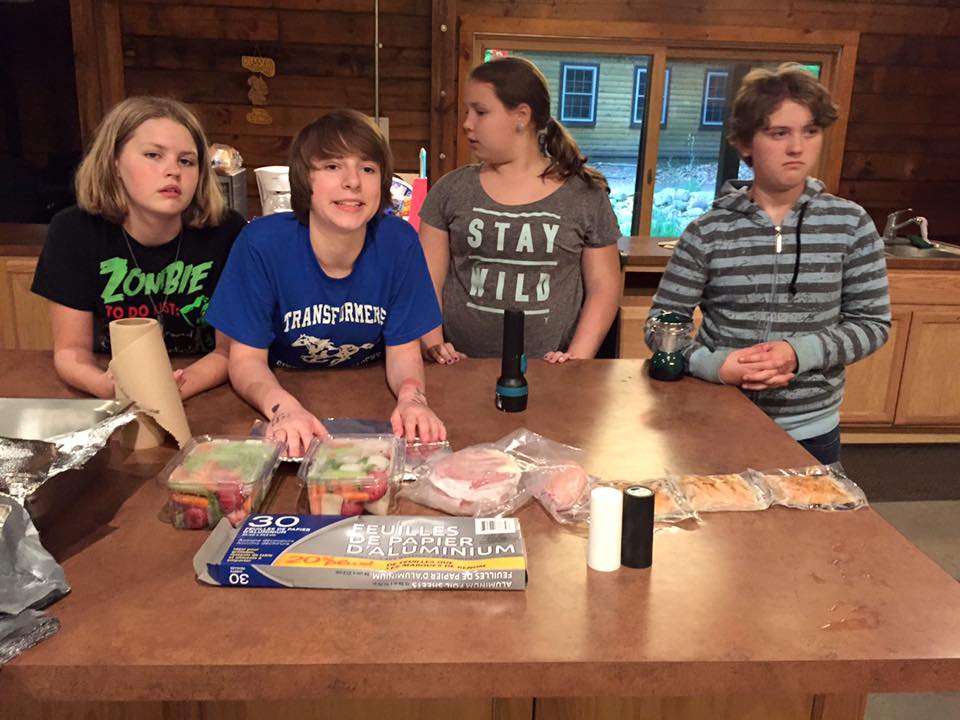 How much fun can you have in a weekend while camping with your scouts? GSSEM Troop 41135 put that to the test. They spent a June weekend at GSHOM Camp MerrieWoode in the Little House unit. They stayed in Little House A and had access to Harriet Hall as their dining hall. It is also the Camp’s Library.
Our girls, Cadette girls, planned their menu and activities for the weekend. The menu helped them to earn their New Cuisines badge while at camp. One of the “new cuisines” the girls tried was hummus and pita chips. Each girl tried it, and only one didn’t ask for seconds. Some other menu items were “hobo pockets” (foil wrapped dinners of either salmon, hamburger, or chicken with potatoes, carrots, and onions), spaghetti and meatballs with garlic bread, walking tacos, and french toast with sausage.
A favorite activity of the troop is archery and we try to schedule that every camping trip. This trip was no exception. This year the girls were able to play games during archery with balloons. The Leaders also were able to try it. 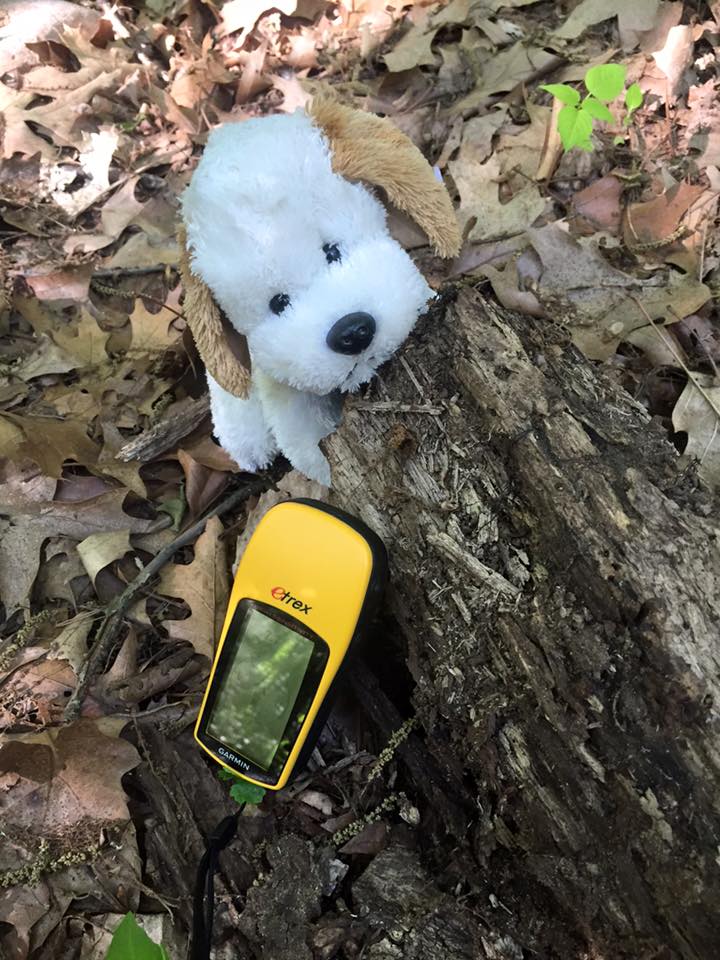 A new activity this year was Geocaching. We had been talking about doing it as a troop, so they were excited when they could actually participate in this at camp. The girls each had their own GPS units and split into two teams to find the camp’s geocaches. They also made bracelets to leave as prizes in the geocache containers using yarn and various beads. One of the games included deciphering a code for a hint to where the geocaches were hidden on the camp property. If you guessed the correct answer, you would then look it up in your GPS to find the coordinates to where you needed to go. Example. Our clue was Horse. Our GPS took us to the Horses at Camp and then we located the geocache under the Horse Rules sign. We left our bracelets we made and took another bracelet as a souvenir.

The girls also worked on their Night Owl badge using GSNCA Troop #455’s Cadette Field Guide. (used with permission from Jennifer Johnson) They started before we left for camp by documenting on a blank calendar template what they saw in the night sky for at least 2-3 nights a week for the month of May. (This fulfilled requirement #2.) The girls documented that they were able to see Mercury and Saturn as well as the phases of the moon during the month.
For requirement #1, our girls, along with the other troop that was staying in Little House B, had a nighttime party our first night at camp. Complete with a campfire, s’mores, and songs.
To fulfill requirement #3, the girls interviewed another parent and myself since we both work the midnight shift. I work as a 911 dispatcher for a local sheriff office and was able to tell them about some of the calls that we handle compared to the day shift and also what it is like to work overnight while everyone is sleeping.
For requirement #4, the girls took a night hike looking for various creatures they could find during our second night at camp. The girls were able to locate owls, birds, and some horses on the camp property.
And to complete the badge, we hosted another nighttime party our second night. This time with flashlight tag and hide and seek along with our campfire, songs, and s’mores.
We ended the weekend with a Scout’s Own, each girl saying what their favorite part was and if they learned something new during the weekend. They also received the badges that they earned during the weekend. They all voted to return to Camp Merrie-woode next year.

My name is Denise Raich and I am a lifetime GS member. I was a scout for 10 years as a girl, earning my Silver Award. I have been a leader for the past 7 years for my daughter’s troop. I have been a Service Unit Manager, Troop Organizer Coach/Recruitment, and am now a Leader Support Coordinator. Looking forward to using the MakingFriends®.com Impact Journey Badge In A Bag® starting next month.
Pin
Share
Tweet