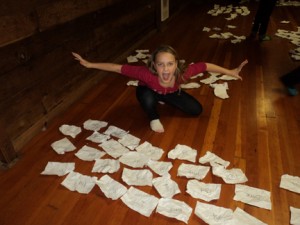 Snow Ball Fight
Each girl is given 26 half sheet of paper with one word from the promise on each piece. Divide the girls in half with a line in the middle. When you say “go” the girls crumble the papers up and have a snowball fight – time it 3 -5 minutes.  When the girls are done – they have to scramble and pick up the pieces and put together the promise in the right order – first girl to complete is winner. 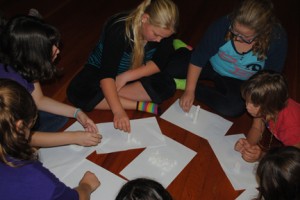 Go through the list and explain to the girls what each thing represents. Then cover the items and tell the girls they must now list everything they can remember from the table and also what they represent. For every item they remember get 1 point for every description they remember they get 2 points. The girl with the most points wins.

Juliette Low loved Tea Parties
Using Sugar Cubes have a contest to see who can make the highest tower.