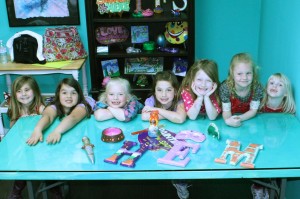 One of the hardest things a Girl Scout leader faces is finding that balance of knowing when to stop planning and letting the girls decide what they want to do.

We are told that when the girls start as Daisies it should be more girl scout leader led planning and less girl led  planning and each level of scouting we need to increase more girl led planning and less leader planning. I know as parents we want to hang on to our little girls and we think they aren’t ready to step up and make those decisions. We think this because we have been making those decisions for our girls for years. But what we have seen in our troop is the opposite, they want to have a say in what they do. Don’t get me wrong – there is some planning you need to do on your part. But the results are well worth it.

Even Young Girl Scouts Can Lead 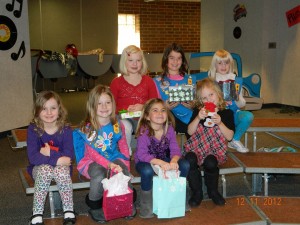 The first example occurred while the girls were in kindergarten. They were deciding what they wanted to spend their cookie profit on. The girls worked with our leader and listed what field trips they would like to do at the first cookie meeting. This way the girls would have a goal to work toward and be able to let customers know what they were going to spend their money on. Our leader gave the girls a couple of ideas to start, and then she let the girls brainstorm. She would keep a running list of their ideas. She was surprised at some of the girls ideas. When all of the ideas are listed, she would let the girls vote and narrow the choices down.

For their first year they chose to go painting at a local pottery store and have the troop pay for it.  When they have a choice they are excited to talk about it and feel proud about their choices.

We did the same thing this cookie season and the girls had to narrow their choices down to donating cookies to a local hospital/nursing home, buying pet food for a local animal shelter and a straight donation to an organization helping the poor. Not one of these choices was offered up by the leader, the girls decided them on their own.

Another time we did this was for their Christmas party. Our leader let them come up with what they wanted to do. They decided they want to decorate cookies, make a SWAP, make a craft and have an ornament exchange. The ornament exchange wasn’t on the leaders radar at all and the girls had a blast. They chose names and kept it a secret till the party. The girls loved their party and no one could complain that they didn’t want to do it because they planned it.

We did it this way when we were planning for the girls bridging ceremony this spring. Thanks to the many wonderful ideas on the internet and pinterest, our leader gathered a number of ideas to present to the girls. She broke in down in to smaller groups for voting. She had ideas for the type of ceremony, the type of cake to serve, the types of food, and ideas for invitations. She had print out for the girls to look at and talk about since they weren’t able to to use the wifi in the school. The girls were also able to add to the ideas. For example on the invitations, one the girls really wanted the card to have pop up bridge and they knew their craft mom would be able to come up with something they would like. The best part about watching this process is how excited the girls were when we picked them up from the meeting that day. They kept talking about the things they decided on and it made them excited about the ceremony.

And our best story from the process is we had a new member who was joining us from another troop that day to see if she liked our troop over her current troop. The girl’s decision – after helping make plans and making decisions, she didn’t want to go back at all to her other troop. Her other troop is a troop where the leader makes most if not all of the decisions, and the girls don’t get a choice.

As the girls come a long in scouting we learn that they will learn to lead more and more. So giving them a head start just helps the process. We are also seeing that the girls want to belong and do activities, because they helped make the decision. You know what badges and journeys our troop can get done, let the girls help decide the direction to go after the badge will make the meetings easier in the long run. The more your empower the girls the more they will surprise you.

Coming soon our troop will be planning a fun camp out and some of the things they want to do in the fall – and all along the way the girls will be helping lead the decisions. We are looking to having a fun year.