The Flag of England is incorporated into the United Kingdom flag.

Fun Fact: In the UK when you reach your 100th birthday you get a personalized card from the Queen. 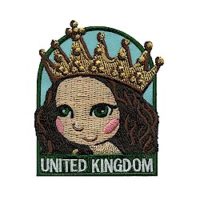 Wales is known for it’s harpists, male choirs and solo artists. Lamb is traditionally associated with Welsh cooking because of the amount of sheep farming in the country. Welsh cakes are a treat flavored with spice and dried fruit and baked on a griddle. Welsh rarebit is a sauce of melted cheese poured over toasted bread. Popular sports in Wales include Rugby union and football (Americans know it as soccer). Wales has more castles that any other country in Europe.

You can read more about the culture of Ireland, England and Scotland.