This 2″ iron-on embroidered patch is part of our patch program®®.

Flag retirement ceremonies are solemn and dignified. The US Flag Code states that “The flag, when it is in such condition that it is no longer a fitting emblem for display, should be destroyed in a dignified way, preferably by burning.”

Suggestions for how Scouts of all levels can earn the Flag Retirement Patch:

There are several methods that have been used to prepare the flag for burning:

When burning the flag, the fire should be steady and big enough to consume the entire flag. Many modern flags are treated with chemicals that can give off toxic fumes or burn explosively so take precautions. Other flags may be treated to be flame resistant and take longer to burn.

While no ceremony is required, it is customary to salute or recite the pledge of allegiance, often followed by a period of silence. Once the flag is completely consumed by the fire and has turned to ash, the fire may be put out. The ashes are often buried. 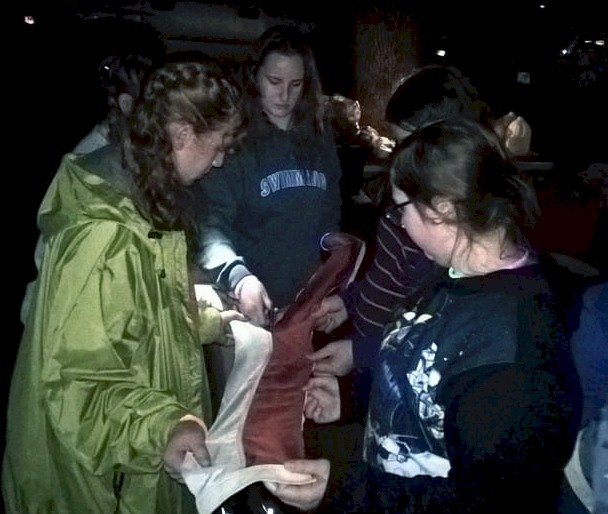 Earn a flag retirement patch. Troop #1147 earn their Primitive camping badge in the Davy Crockett National Forest then we packed up and headed to Mission Tejas to spend a couple of nights there celebrating Girl Scouts* 106 birthday and also did a flag ceremony retirement of American flag and Texas flag.