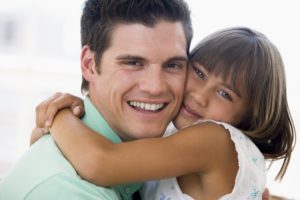 Question from a dad: Hopefully, I can get input here. My wife has a Junior troop with our older daughter and she is expecting our third child. Our 5 year old has been looking forward to being a Girl Scout next year with mom as her leader. My wife says “no way”. I’m thinking of stepping up to be a leader. I think it would be fun but to be honest I’m concerned about being in charge of a bunch of little girls and dealing with their mothers. My wife thinks it’s bad idea. She feels that as a man, I am subjecting myself to possible problems. Are there any dad leaders out there? Can I get some advice?

We heard from one male Girl Scout leader

Most shared reminders that there are additional guidelines for male leaders. Always check with your local council but many of our readers included the following tips:

In addition to reminders about non-related female co-leader and special arrangements for bathroom and overnights, leaders shared these supportive comments.

Family members are proud of their male Girl Scout leaders

There are some who prefer males not be leaders

More support and tips for male leaders in addition to reminders to check your council guidelines regarding male leaders. 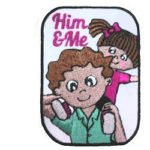 For the Girl Scout who’s dad is their leader, this fun patch will make a great addition to her vest.